I spent last weekend at Gen Con, which is North America’s largest tabletop gaming convention. I am often asked why I, as a business professional, play – and enjoy – tabletop games.

My answers vary, but generally they fall into the following four areas:

Games show you the world from a new perspective.

Games teach you how to understand different applications of systems.

Games often test your thinking processes and mental agility. Many games engage enormous portions of your brain at once, and, for me, it’s fun trying to outwit others who are also enjoying the mental challenges involved.

Far more than movies and other similar shared activities, gaming can encourage closeness between people.  For a long time, some of my best business networking occurred at monthly game nights. Set up by myself and some of my networking friends, a group of 4-5 people would play a tabletop game together – usually while enjoying some pizza and beer too. The connections we created on those nights often led to some of the best network connections and the strongest referral bases everyone involved had. Remember that real referrals come from real connections.

Games can immerse a person into a world with different rules and different expectations. Good games immerse you into the decisions that were made, and the immersion makes the decisions more understandable. Understanding motivations and rationales – yours as well as other people’s – is the core of business and is a fundamental motivator in entrepreneurship, marketing, business development, and sales roles.

Learning about systems, processes, and optimization sounds pretty boring, right? In a game setting, though, you are unknowingly learning about these things. In Scrabble, for example, you might have to ask yourself: should I horde my high point letters (like the “j” and the “z”) and use them when I find the best place and where I’ll get the most points, or do I use them quickly so as not to get stuck with them? Similarly, in business, you might ask: Do I want to price an item for the highest possible profit and potentially sell fewer items, or do I want to market the product more affordably and sell more items but have lower profits?

Every game favors a type of thinking – a way of seeing patterns and answering questions in different ways. Knowing how to work within differing sets of rules gives one the ability to rapidly shift business practices as business changes and dictates new priorities and responsibilities.

Following are 5 business-minded tabletop games that I would recommend to people. (No, Monopoly is not one of them. I no longer even own a copy of Monopoly, and the copy of Risk I bought eight years ago never even came out of its plastic wrap.)  Modern tabletop games are much deeper but somehow easier to play – trust me, you’ve probably been playing Monopoly incorrectly – than the games I grew up playing with my Grandfather.

Were he still around, he would certainly be jealous of these games:

In the arena of negotiation and trading, few games are as pure as Settlers of Catan. This game is a modern classic for a reason, and if you are looking for a game to sharpen business sense, few are better. In the game, players assume the roles of settlers and attempt to build and develop homesteads while trading and acquiring resources. Players earn points as their settlements grow and evolve.

Power Grid rewards players for making smart investments, planning well in the long term, and excelling in areas where your opponents are not. (For those who are interested, this is a game that uses what is called, in the business world, “blue ocean” style strategy.)

With its improvisational and investment versus expenditure strategy, Dominion has a set of rules that are different every time you play. Being able to quickly grasp and function under a set of constantly change rules is good for mental agility. Dominion also requires that you strike a balance between investing and spending – when do you keep your deck of cards and let them grow stronger and when do you start spending resources to secure a victory? Dominion also teaches resources management and is cash-flow based. (Dominion is one of my favorite tabletop games.)

Pandemic is a race against the game itself to save humanity from a set of diseases that threaten to destroy mankind. Everyone in the game has a role to play, and playing your part of the team well and coordinating efforts with others determines the team that wins the game versus the team that loses the game.

Do you have a game that you like that has business lessons?  Let us know about it. 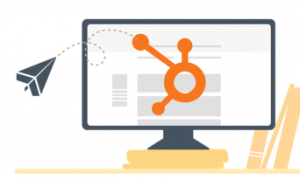 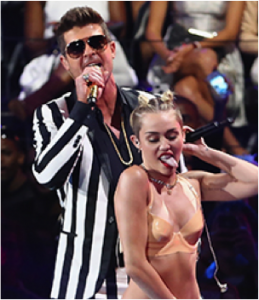