5 Ways to Make Your Website Stand Out for Professional Services

I recently met one of my sorority sisters in a coffee shop. She was new to the Charlotte area, and I had never met her before. In an effort to offer some comfort and familiarity, I met with her to tell her more about Charlotte and to get to know her better. Only five minutes after our conversation began, she received a phone call.

Apologizing for having to take it, she proceeded to hold a brief conversation, which ended with eyes full of tears.

“What’s wrong?” I asked her, concerned. She broke down again with renewed tears. She explained that she was in the process of redoing her website for a third time because both of the previous designers had failed to deliver a new website.

5 Problems Growth-Driven Design Will Solve For You

Anyone who has ever done a website design or re-design knows how difficult the process and management of the project can be. From beginning to end, a web design project requires the focus, cooperation, and feedback of many moving people – people who don’t necessarily have the time to complete the project, no matter how much they want to. Often, you fall into intention limbo, where you want to get things done quickly but the project seems to move at an alarmingly slow pace. The result is a hallowed design that carries with it a hope of success left to chance.

Without a Persona, Just STOP 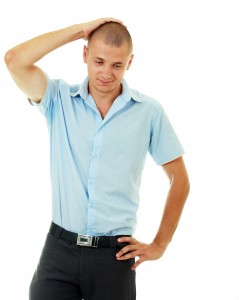 I recently attended the first meeting of the West Chester, PA HUG. For those of you who don’t know what HUG is, it's a HubSpot user group. As a marketing consultant in the area, I was excited to see this group form. There were about 25 partners, end users, and people who were interested in learning more about HubSpot and inbound marketing.

In a previous blog post, “Tales From the Crypt” You learned all about the different problems and miscommunications that can arise when embarking on a website design or re-design process. In this post, I will give you some advice from the  designer’s point of view, of some of the things you should discuss with the person you hire before you begin the project implementation.

Needless to say, communication is key. Here are 5 things to discuss with your designer before embarking on the project: