Five Ways to Use Testimonials to Generate Leads

Testimonials from your clients (or partners) are traditionally used in the sales process to help a prospect develop trust. Trust that you or your product does what you say it does. What many businesses miss however, is the opportunity to use their customer testimonials to generate new inquiries and leads.

This was one of my favorite sayings while working in video production.  It was the opportunity to take one final look at your video while you were in the post production stage (hence the “post”) of your project.  There, you could raise and lower audio levels, adjust colors, or add emotion with music and slow motion.

We no longer have such comfort, do we? 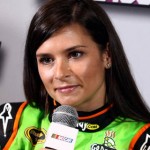 I don't care too much about car races. To me, the Daytona 500 is like the World Series of racing - only instead of everyone running bases and scratching themselves- this one involves all drivers incapable of turning right (please no nasty comments from Nascar die-hards – just my opinion).

But this year is different- this year a GIRL has taken pole position in a race that has, until this point, been dominated by men.  A GIRL.

Danica Patrick has been a media darling all week- if you have not heard her name or seen her green car, you must be living under a rock.  Danica is different- she is the underdog (or is she?) and I guarantee you that the Daytona 500 would NOT be getting this much media exposure if Jeff Gordon had won pole position instead of coming in second.  Danica Patrick and Jeff Gordon BOTH passed the 196 mph mark, which seems impressive enough.  However, it was Danica’s 196.434 mph that secured her pole position.

Will she win?  In my eyes, she and NASCAR already have.  There will be more eyeballs on the race this year because of Danica, not in spite of her.   Parents of young woman will all use this time to tell their little girls that’s it ok to be different, and more importantly, its ok not to be afraid of following those talents.  Even Jeff Gordon, Carl Edwards and Jimmie Johnson all took their daughters to meet Patrick this week and get autographs.

The media is attracted to different, and differentiation is not easy- there are obstacles at every corner, and you need professionals to help you determine what sets you apart.  Danica has many more obstacles to go, but she and her team have looked at what works, and what doesn’t. The media has amplified her message, and even if she loses this year, NASCAR already has a successful PR campaign on their hands.

So, yes, I will be watching.  I will grant NASCAR, Fox Sports, and all the advertisers within and around the race my eyeballs.  I will be one of the casual watchers of the sport who has tuned in – even if it’s just to say to Danica “You Go Girl.”  Can she validate the hype?  She already has.

Enlighten Us But Make It Quick - Ignite Conference

I am often telling my clients – entrepreneurs who take risks everyday – to step out of their comfort zone. Marketing in today’s world requires re-learning some of what you think you know and the way you do it.

So, this past week, I took my own advice. I spoke at the Ignite4 conference in Raleigh, NC.  Now, I speak all the time – webinars, classes, seminars. I have spoken to groups of 5 to 500. So why would this be out of my comfort zone? 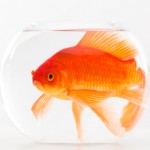 Okay. Full Stop. Public Relations IS a part of marketing, not its arch enemy.  And you have to think about PR very differently than they way you approach marketing. By this I mean that the goal of most marketing tactics is to take your strategic differentiation and make it smaller, more bite-sized, more digestible by your prospects. With PR, the goal is just the opposite. We want to take your differentiation and make it larger, more accessible, more relevant to a larger audience.

This concept is probably best explained through an example.