Seth Godin recently wrote a post on luxury and customer service, the essence of which is that if you can afford to pay more, the service doesn’t have to be great because the brand figures you can just buy another, – you can read it here – and I wanted to pile on with two recent experiences.

First was my wife’s experience with her Coach bag. She loves the Coach brand. She’ll walk into the store in the mall just to smell it. So recently she had a problem with one bag when the handles starting unraveling, she took it back to the store and they shipped it off to look at it for repair.  What she got back was a letter saying that they wouldn’t could not repair it but they were happy to give her a discount off a new bag.  Basically, a letter that says thanks for paying a premium for our stuff, but we won’t take care of you. How do you think she (and I) are feeling about a brand that had gotten thousands of dollars from us over the last 20 years.

Then last week I need to pick up some new eyeglasses. My general glasses are a brand called Lindberg and I love them. So when I needed a new prescription, rather than spend the $600+ on a new pair, I asked the optical shop to simply replace the lenses (still $420). I don’t think they were amused – they make their profit on the frames.  I also needed to replace my sunglasses, and I had previously gotten them from BJ’s optical. I checked on getting the lens replaced in my current pair, but in the end, it was much less expensive to just replace the entire pair of sunglasses for $119.

So when I picked up the Lindberg glasses, I had to make an appointment to get them, and then when I went in, they checked the fit and gave me the glasses and a little microfiber bag to put them in. I asked the woman taking care of me for a hard case and she told me that sorry, the only cases they have in stock are for the ones they sell and didn’t have a generic one to give me. Contrast this to BJ’s where I was in and out without an appointment, got fitted the same as the high-end shop, and was given a really nice case to keep the glasses safe. So I guess the lesson to me was to pay less and get more. I’ll go back to BJ’s, but I won’t be back to NuVue – either I’ll find another Lindberg dealer or switch brands next time.

In today’s competitive, find anything at a click economy, your service and your price have to line up.  Just because a consumer may be able and willing to pay more, doesn’t mean that they are willing to put up with lesser service. If anything, it is just the opposite. When I pay a less online, I expect less service (yet companies like Zappos continue to surprise us). When I pay more, on-site and in person, I expect more.

Have a friend shop your service or product and report back on their experience. Make sure you are delivering on your promise (stated and implied). If not, you may find the word of mouth and social comments to be less than you expect. 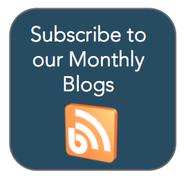 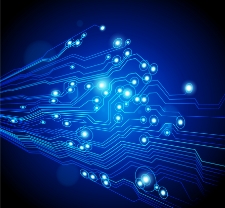 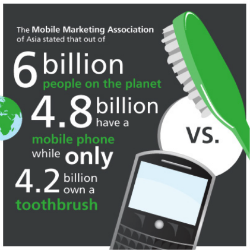 Google’s Mobile Search Update – How to Be Prepared