Thor: Ragnarok is a considerable risk-taking departure in style from the first Thor movie, which was essentially a Shakespearean play meets superheroes. The second film in the franchise, Thor: The Dark World, was aptly named – a dark story where Thor even loses his love interest. Ragnarok is sort of the Norse version of Armageddon, so it could have easily continued the dark view and tone … but instead, Thor: Ragnarok (the third installment in the Thor universe and 17th film in the Marvel Cinematic Universe, by the way) goes the route of heavy comedy blended with action. The combination is pulling in huge profits and fantastic reviews as a result.

What struck me after my second viewing of the movie (yes, it’s that good) is the colossal risk Marvel took hiring director Taika Waititi and letting him voice a CGI character who steals most of the scenes he’s in. Waititi is a New Zealand film director and comedian whose largest gross at the box office before Thor was $5M for 2016’s Hunt for the Wilderpeople. 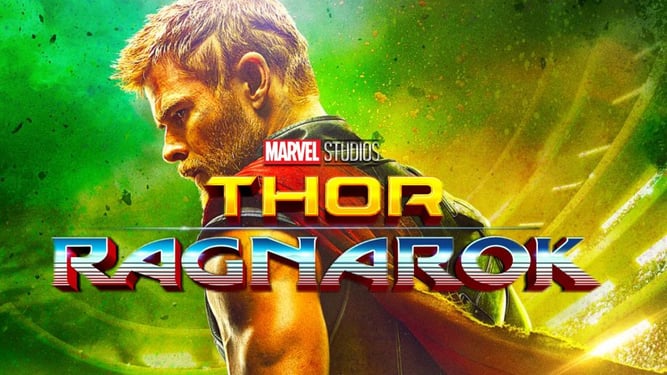 The risk Marvel took reminded me of the risk a lot of small business owners take when they come to Leading Results for help with their marketing. Often, these small businesses have relied on something they feel comfortable with for a long time – a printed newsletter, a Wix site, Constant Contact, email blasts, referrals only, print advertising, etc. Whatever their crutch, by the time they consult with us, their results are declining. Working with an agency means letting some of that go – kind of like Thor losing his hammer and long locks in the new movie.

What the majority of our clients have in common is a long, complex sales cycle. We typically conduct a one- or two-day workshop with prospective clients to get the ball rolling.

And more. (We’re not going to give it all away here, for Pete’s sake!)

Small business owners sometimes think we’ll throw all the marketing tools they rely on out the window, but that’s not usually the case. Instead, we focus on tweaking their approach, cutting out the parts that don’t work (like a movie editor), and adding “special effects” like inbound marketing and video to boost their marketing efforts. So just like Thor, we’re not throwing out the Marvel movie action scenes, we’re just adding another layer; as a result, the small business can develop a differentiator in an often-crowded marketplace.

How much they’re willing to change in their messaging, website, content, offers, etc. make or break the results. If everyone is doing a whitepaper on five ways software makes accounting easier, for example, some business owners feel like they’re taking a risk by doing seven ways software makes accounting easier. Others are willing to be more daring with an infographic, and the really daring ones trust our expertise and allow us to create a compelling video.

We can help you market like Marvel and Thor to get leads and results. What do you say? Interested in learning more? Contact us to start the conversation.