Unfortunate events happen in relationships between customers and vendors. Doctors run late for appointments. Items you order fail to show up on time due to a snow storm and sometimes an airplane lands and doesn’t have a gate to park at yet. We’ve likely all had one of these things happen.

But when you mix an unfortunate event with a company policy that annoys the customer, your customer is unlikely to dismiss the unfortunate event as an annoyance and will hold you accountable. As you can likely surmise, I'm getting personal here.

I'm writing this post coming back to Boston from Buffalo on Jet Blue. I don’t fly them often, and since their unfortunate (there’s that word again) event at JFK a couple of years ago, I've tended to avoid them if JFK is in the itinerary. But my brother has been having a good experience with them of late, and I figured with a direct flight to Buffalo, I’d be okay. The flight left on time and got in on time and was just fine until we landed and parked – not at the terminal. It seems that Jet Blue only has 2 gates in Buffalo and had a broken aircraft at one and the other was full. So we sat on the ground for 25 minutes till we could park. I thought of JFK and those trapped passengers, but figured “what the heck;” it's an isolated incident, not worth writing or complaining about. Until I got on my return flight.

If you want to guarantee yourself an exit row seat on Jet Blue, you can have one for an extra $10. On Southwest, the equivalent would be to purchase the early-bird check in for $10, as that makes it more likely you'll get the seat you want. I didn't pay the $10 and took my chances, so I was on the flight and there are 2 exit row seats open in front of me. I moved up and took one. No sooner than I had buckled the seat belt than a flight attendant showed up, asked me for my boarding pass and told me I had to pay for the seat if I wanted it. He said it “wasn’t fair” since the other guy across the aisle had paid $10 for his seat. And my point back was that the other guy was guaranteed an exit seat for that $10. I wasn’t. He got what he paid for. (I wonder if everyone else on the plane paid the same fare I did – I kind of doubt it - and is that "fair.") Anyway, I had to move back to my seat and the exit row remained open for the flight. And you can be pretty sure I'm not getting on Jet Blue again unless there is NO other choice.

So, my point in all this is that isolated events get dismissed – either one of those events that occurred with Jet Blue, by themselves, would not have really bugged me – both together, however, provoked a response because I really do question their commitment to having satisfied customers. It's no different than the utility that wants to charge you for a home visit and then doesn’t show up, but won’t respect your time back by giving you the next visit for free or a credit on your bill.

Maybe I’m off base, and I know the customer is not always right, but letting the little things go earns you good will with your customers. And goodwill in the bank makes your next mistake as a vendor a little easier for your customers to accept.

So is my thinking wrong here? What do you think?

– Additional comments added February 11, 2010: Jet Blue sent me a customer satisfaction survey to fill out. When my first comment was that I was unlikely to recommend them, they offered to let me leave the survey immediately (didn't want bad news, I guess). But I continued. Two pages into the survey, the survey tool froze. Seems like they can't get the feedback part right either! 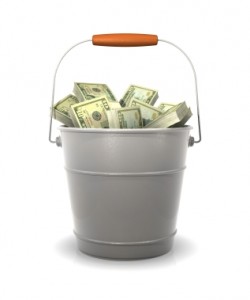 The essence of good design