Failing at Being Part of the Community it Serves

I don’t usually call out businesses that fail at something by name – I’d prefer to share the lesson and leave it at that – but the Northlake Mall and Starwood Retail Properties (the mall operator) in Charlotte have had 2 huge fails that I want to share and hope others can learn from.

The first fail is Santa at the mall. I have a 7 year old and I have brought her to the mall the last 3 years to see Santa. But this year the mall partnered with Dreamworks to build an enormous “experience” that you could reserve a spot in line to visit – for $35, $50, or $75 based on the picture package you wanted to pre-purchase. If you did not want to get a picture package, you could only do a “walk-up” reservation and hope they had something available. This did a great job creating anxiety in parents that have enough stress with the holidays already – enough that most parents would pay for a package. But if your child just wanted to see Santa, no luck unless you happened to find an open time. Nice job at making money, bad job at considering the fact that those same parents spend an awful lot at the mall each year and piling anxiety on them doesn’t create any warm and fuzzy feelings. There are dozens of ways they could have made money AND reduced parent anxiety.

The second fail is more serious. It deals with a lack of communication in the age of always being connected. That same mall had a shooting on Christmas Eve (Here's the full news article)  Two wanna-be rappers got into an argument in a shoe store, one pulled a gun and started shooting. A police officer took the shooter out. Of course, the mall was a panic of people trying to get out. Other people were still trying to get in (like us, to see a movie, with no knowledge of what was happening). And still others were trying to figure out what was happening on Christmas Eve where their family or friends were shopping.

The mall has a Twitter account, a Facebook page, a pretty nice website. Was anything at all about this shooting on any of them? Nope. Not a word. We heard the mall was locked down. We heard it was open again. Most of what we heard came from news media, but the mall itself? Completely silent. To see, take a look at the screenshots of their Facebook page and Twitter feed 10 hours after the events. 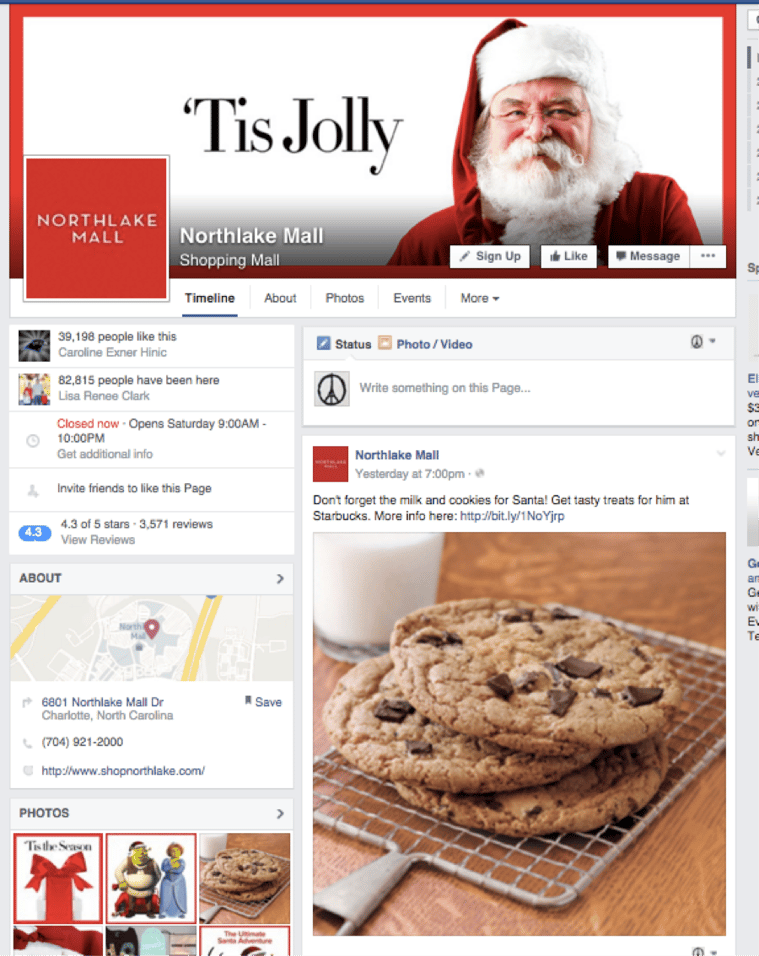 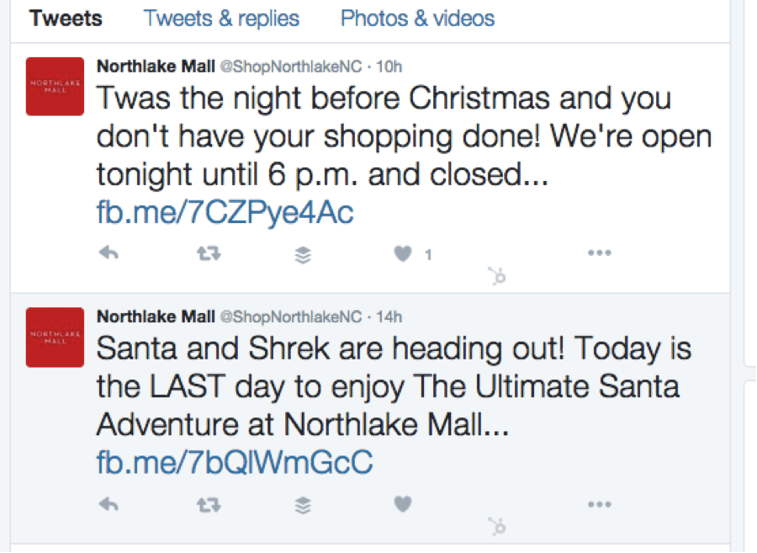 It wasn’t a terrorist act, but in a crowded mall on Christmas Eve, it could have been. But nothing from them – no words of reassurance or even reference to local news media sites to learn more. If you searched Twitter or Facebook for Northlake Mall Shooting, you could find hundreds of posts and pictures – but nothing from them.

To any business reading this, please consider … this type of thing can happen anywhere at any time. And if something does happen, what are you going to do? What are you going to say? What message will you convey in each of your communication channels?

Again, Northlake Mall failed to think of the community it serves and how to communicate with it. The mall is owned by a well funded group, and Starwood Retail Properties touts its “excellent reputation and working alliances in capital markets” and that they “partner exclusively with top-tier investment firms to help finance [their] properties.” They also talk about the relationship they have with their retailers – but it seems they forgot to consider the community they operate in.

Your business, regardless of size, is part of a community that goes beyond customers, vendors, and employees. As you consider “stakeholders” in your plans be sure to think outside those groups. 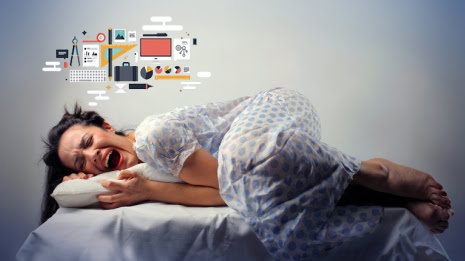 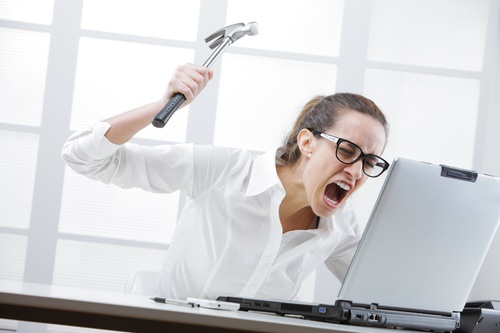