On a flight today I was sitting next to a 65ish year old (or so) woman who was on her way home and we were chatting about marketing, and the internet and social media. And then the conversation turned to business and leadership and she made the comment that "business is still a man's world".

So I asked her why she thought that? Her answer did not surprise me much - that the only women she had really seen succeed were one that could play the game like men. (though I am not sure what that really means, and being a guy, I am probably a bit blind to it anyway). So I went with my interpretation of this (in short) that women in business are marginalized because men downplay the importance of relationships over competition and winning.

I thought back to the conversation we had just had about social networking and its business application, social marketing. I then said to her that if we combine what she just said about business being a man's game and what I said about social marketing being about relationships then the future looks different. I think the most successful businesses of the future are not only open to, but demanding of the skills that women may be (definitely are?) better than men at - building and maintaining strong relationships, listening without trying to fix everything, encouraging continued dialog. She thought about it for a moment and said "I don't think I've looked at it that way (and honestly, until that conversation, I hadn't either).

What do you think? Is there something to this or am I off my rocker?

What Good is Social Media For My Business? 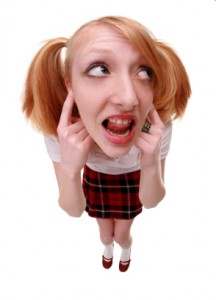 Are Your Customers as Deaf as Your Teenager