Do you treat your prophets as the village idiot?

It always seems to happen. I have personally seen it about a dozen times. A company hires someone because of their special knowledge and talent – maybe it is to launch a new product; or to create a new route to market; or maybe to put in a new system.

That person shows up for work, full of excitement. Ready to be a change agent and help their new employer reach new success. They’ve got lots of ideas. They have lots of experience implementing those ideas. They know the pitfalls and traps. And what happens?

To use a modern character as an example – in this case Linus, from the Peanuts – Change is uncomfortable – it is the time when Linus’ blanket is in the dryer. (and I wish I could attribute that quote)

So what are the results from this change agent that was brought on to move the company in a new direction? Generally, not what was expected. Some things change, but resistance usually wears down the enthusiasm of the change agent. And when change doesn’t happen completely enough, or fast enough, the enthusiasm turns to skepticism or cynicism. So the change agent moves on. They are now the village idiot.

Machiavelli, in The Prince in about 1870 said “It must be remembered that there is nothing more difficult to plan, more doubtful of success, nor more dangerous to manage than the creation of a new system. For the initiator has the enmity of all who would profit by the preservation of the old institutions and merely lukewarm defenders in those who would gain by the new ones”.

The epilogue that follows is almost always the same. The ideas, the concepts, the systems that the change agent tried to implement are eventually revealed to be mostly correct. And the company goes about, again, trying to implement them. This time ‘round, they may succeed – they may even bring back the change agent to guide them, because from the outside-in he is once again a prophet.

If We Only Knew What We Already Know 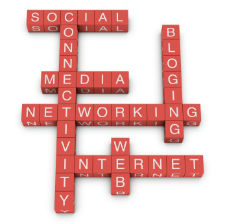 What Good is Social Media For My Business?