Creative Use of Social in B2B Marketing

I had the opportunity to do three presentations at the eXtremeCRM conference two weeks ago in Las Vegas and I wanted to give a shout out to the folks from The Portal Connector for Dynamics CRM for the way they leveraged social media for B2B marketing during the conference.  (They took the same approach at the Microsoft WPC)

These folks aren’t a big company (at least they don’t seem to be), but they had a nice contest going.  They gave out little (4 inch high) Portal Hero action figures – complete with briefcase and cape – and asked all the attendees that stopped by their booth to take one, and then tweet pictures of him doing as many outrageous things you could think of (and in Las Vegas, that is risky).

You can check out the pictures on twitter at #portalhero . (that’s one of mine below).  They picked one winner each day for a Surface Tablet.

The result was a lot of tweets and pics of their guy in action.  And some very talkable moments in person.  It was a nice job of meshing on-line, social and off-line marketing to gain awareness and interest.

It doesn’t take a lot of money to get B2B social working.  Just some creativity. And these guys have it. Have seen a creative B2B program or campaign?  We’d love to hear about it. 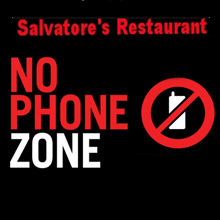