Half My Marketing Dollars Are Wasted

Half of my marketing is wasted dollars, I just don’t know which half."

Once upon a time, this used to be true. It really was too hard to measure what was working and what was not, but a business owner did need to “get their name out there" some way, some how.

I recently met with a former Duct Tape Marketing client of mine, and we looked over the analytics of what was working and what wasn’t. They have a gutter installation company, and one of the analytics that amazed them the most was this:

Both tactics gave them a similar number of leads, “A” slightly more than “B”

Let’s look at how we came up with those numbers:

Tactic “A” was given credit whenever someone filled out a particular form on the website that generated an appointment setting phone call; or via a tracked phone number that was specific to that campaign.

Tactic “B” only generated phone calls, and was given credit if the person could reference the page number the advertisement was on. If the caller was unable to provide that, they were lumped into a ‘probable “B”’ (that is included in the total number above.)

As to the cost for each: Tactic “A” was a one-time cost following a simple formula, and the owner counted their time at $100/hr in the creation of this campaign, plus there is a nominal amount each year for the back end system and process to keep the system going strong.

Tactic “B” was renewed yearly, just make the check out to….

So why was there such a big discrepancy?

Tactic “A” targeted customers that had significantly higher incomes, and homes (and ergo, needed more gutters, and could easily afford the extras.)

When all was accounted for, Tactic “B” generated a great deal of work, both in quotes and actual jobs completed -all done for very little profit.

Tactic “A” was growing their business - profitably.

This year, they made the decision to let the competition own tactic “B”.

Are you interested in finding out what “A” and “B” were? E-mail me at RAimone@LeadingResults.com and you’ll win the answer! 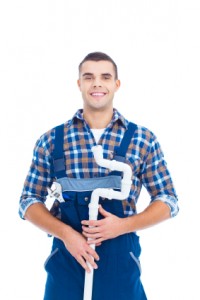 Would you hire a plumber to build your new house? 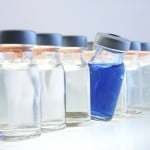 Differentiate or Lose Out